It is based on a cutting that appeared in the Sheffield Daily Telegraph dated 28th February 1901. This edition has appeared in this blog in earlier postings 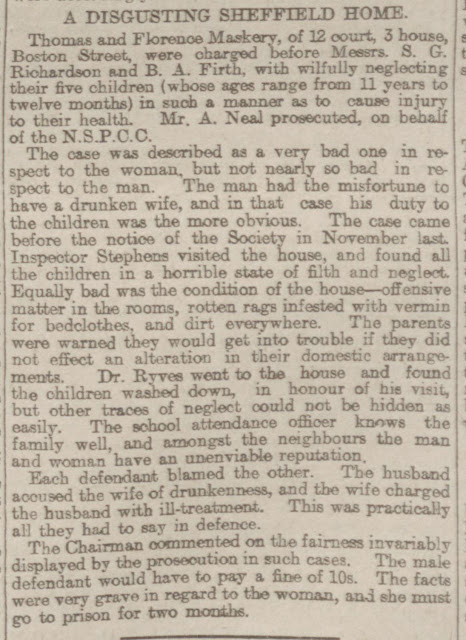 The problem I had with the article was that I could not find any trace of Florence after 1901. The assumption is that she is the mother of Edward and Florence who were born after her time in prison and so she would have still been alive in 1904. I cannot find any trace of her in the 1911 Census, and the only other lead I have is this entry in the BMD Registers

The age ties in with UK Census information but I cannot collaborate it with any other records. A family tree on Ancestry actually gives the date of death as 17th July 1912 but like so many Family Trees on Ancestry fails to give an authorative source for the information.

Her husband Thomas lived until he was 68 years of age, dying in Sheffield on 16th May 1936.

It was  an interesting event to research. And my favourite line from the report "Each defendant blamed the other." Nothing ever changes!