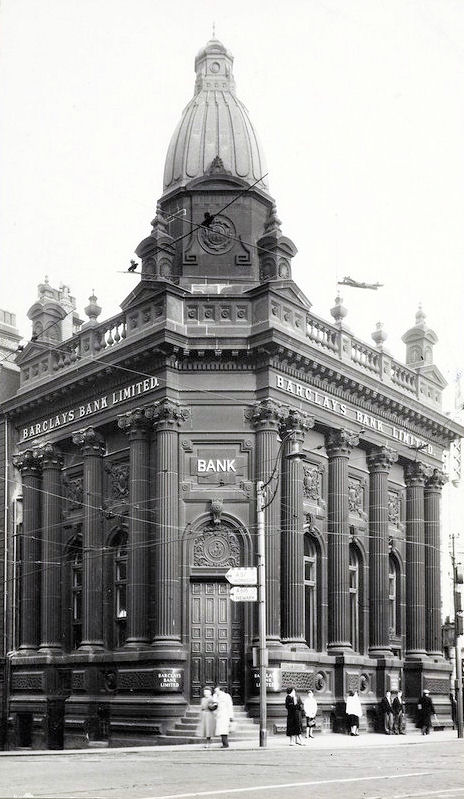 It was originally built for the The Birmingham District and Counties Banking Co. Ltd but in 1916 that bank was taken over by Barclays Bank Ltd. 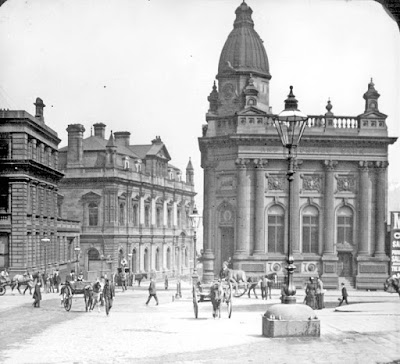 It is  a rather splendid building and one any city would be proud of. But as with many similar buildings in Sheffield it was demolished on the orders of the city planners. The reason was a road-widening scheme for Commercial Street so that it could be used as a temporary terminus for Supertram.

It was a shame but what was even worse were the buildings that replaced it in Commercial Street. 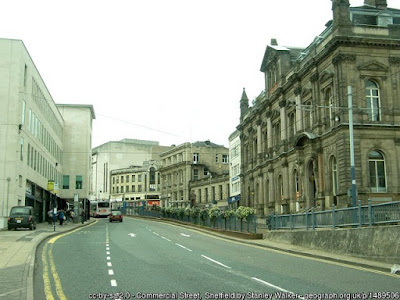 These are to the left of the above photograph - it certainly makes you think!
Posted by ceegee at 11:39:00 am