Last week whilst I was in Burngreave I took the opportunity to photograph the New Roots cafe which is at the corner of Spital Hill and Hallcar Street. I've been meaning to do this for a few years as it is the place where Arthur Conan Doyle practised in 1878 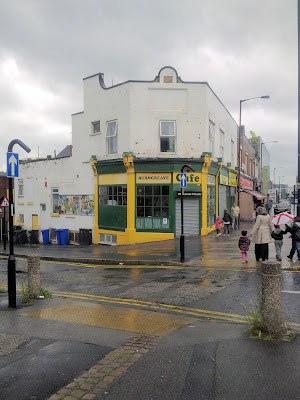 An archived site explains
"Arthur Conan Doyle had a brief acquaintance with Burngreave. In 1878 he came to Sheffield to work as an assistant to Dr Charles Sydney Richardson on Spital Hill. This was in the building on the corner of Spital Hill and Hallcar Street, which is now the New Roots Café and Burngreave Ashram. It seems that Conan Doyle did not get along with Dr Richardson or Sheffield patients as he later wrote:

In fact he stayed there for just three weeks before moving on. He was just 19 years of age.

When I saw the building I thought in looked newer than 1878, and so I checked on Picture Sheffield and found the following photograph that had the caption 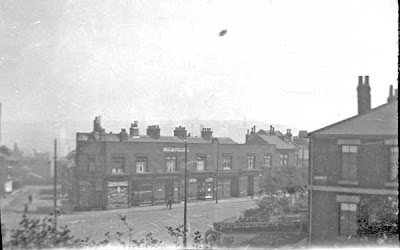 And so it was the buiding that Conan Doyle practised in, rather unsuccessfully it must be said
Posted by ceegee at 11:16:00 am