I went to Wardsend Cemetery on Saturday morning to find a murderer's grave. It is a number of years since I was last down that part of Sheffield and so it was interesting to see if any developments had been made. 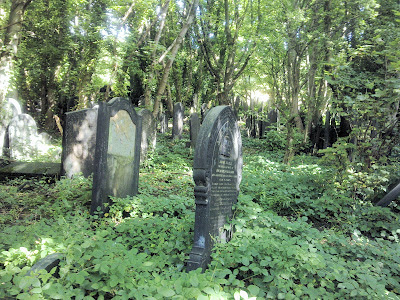 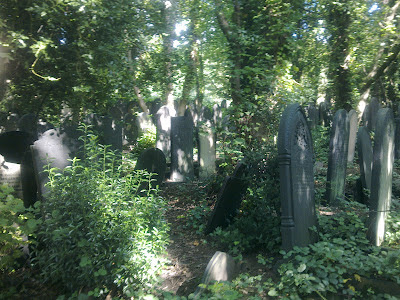 Apart from a new bridge that crosses the River Don at Livesey Street (the old one was destroyed in the floods of June 2007) very little really had changed. The Cemetery has been closed since 1988 but the last interments there were in 1977, thirty five years ago.
The cemetery is the last resting place of over 30,000 Sheffielders but has remained neglected and abandoned for many years. I was expecting to find a wilderness but thanks to the efforts of volunteers and supporters most of the main pathways are now clear and you can now have a pleasant stroll around what is quite an historic cemetery.
But at the back of my mind all the time I was there was the question as to why did the Church of England allow one of their cemeteries to deteriorate to such an extent that it became a dangerous and hostile environment. I realise that the church that served the cemetery was demolished many years ago, but surely just because the church no longer existed, it did not mean that it absolved the church from its responsibilities and duties towards the cemetery.

From what I can ascertain the Church has done a "Pontias" over the cemetery and it no longer wants anything to do with it. The council took over the cemetery in 2010 but it is very much on a care and maintenance basis. It is a shame but I suppose that the council have far more pressing matters nowadays.

Email ThisBlogThis!Share to TwitterShare to FacebookShare to Pinterest
Labels: Wardsend_Cemetery