Old photographs of Spring Hill Sheffield are not commonplace. And so I was surprised when my next door neighbour handed me a box of old photographs and other miscellanous items that the previous owner had left behind in his house well over thrirty years ago!!.

Over the last week I have been scanning the material found in the box into digital formats, and have found some fascinating content. Unfortunately many of the photos have no information on them whatsoever, but after some research I think I can identify some of the people in them. If I can get enough information I plan to put the information into a coherent form. 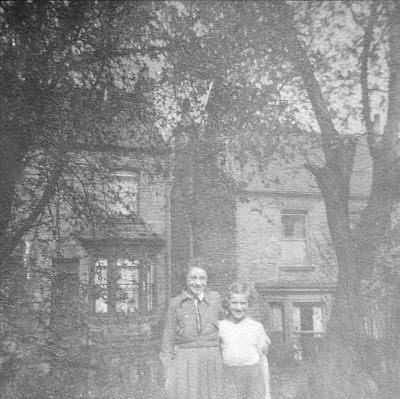 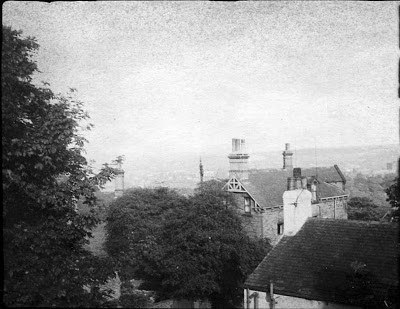 The two girls in the photo that was taken in the garden of 35 Spring Hill may have been called Marilyn and Linda Hobson, and were the daughters of the owner at that time James Hobson. The second photo was taken from the front bedroom window of number 35 and shows the "View From the Hill" prior to the construction of the University Arts Tower