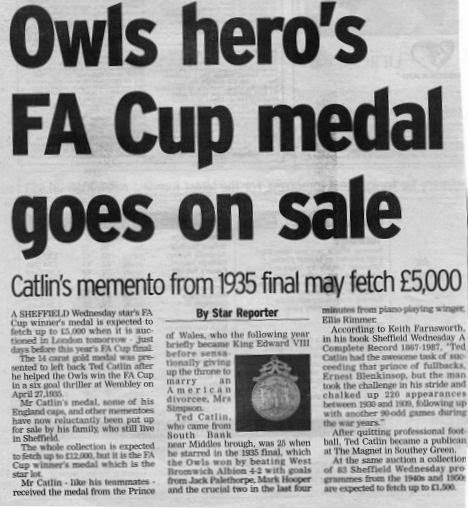 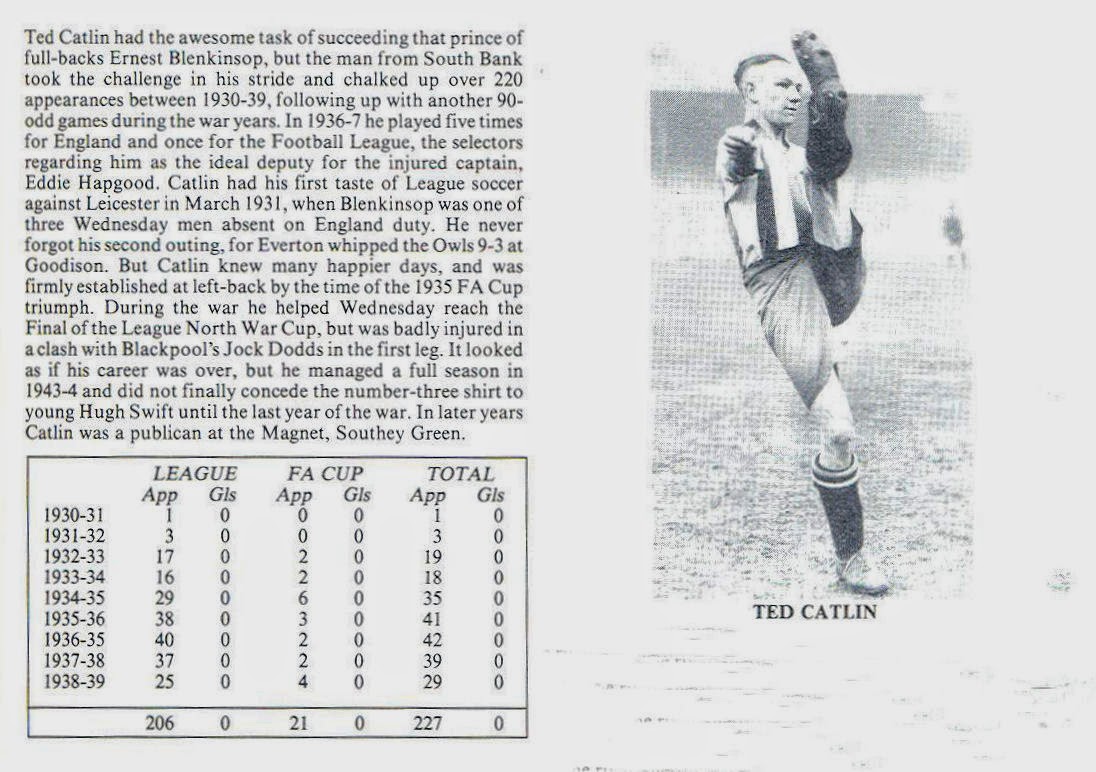 After the war Catlin returned to Sheffield and became chief scout for Sheffield Wednesday for a time. He then became a pub landlord, running four pubs in the area, "The Anvil" at Malin Bridge, the "Rose and Crown" at Wadsley, the "Kelvin Grove" at Upperthorpe and the "The Magnet" in the Southey area of Sheffield.[7] He also ran a boarding house in Blackpool for a time. Ted Catlin died aged 80 on 28 November 1990. In May 2006 Ted's 1935 FA Cup winners medal came up for sale at Sotheby's in London and sold for £3,600, also in the same sale was Catlin's first England cap which sold for £1,100