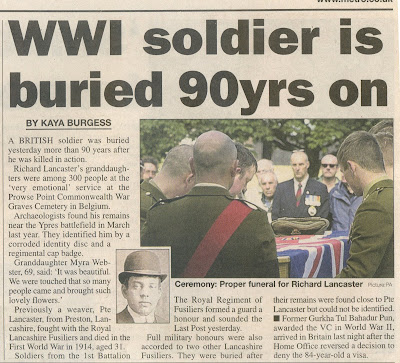 Richard's body remained buried undiscovered for 90 years before it was unearthed. He was identified by his identity disc and regimental cap badge. Two other soldiers from the 2nd Lancashire Fusiliers were found nearby but they were not identified. All three received military funerals