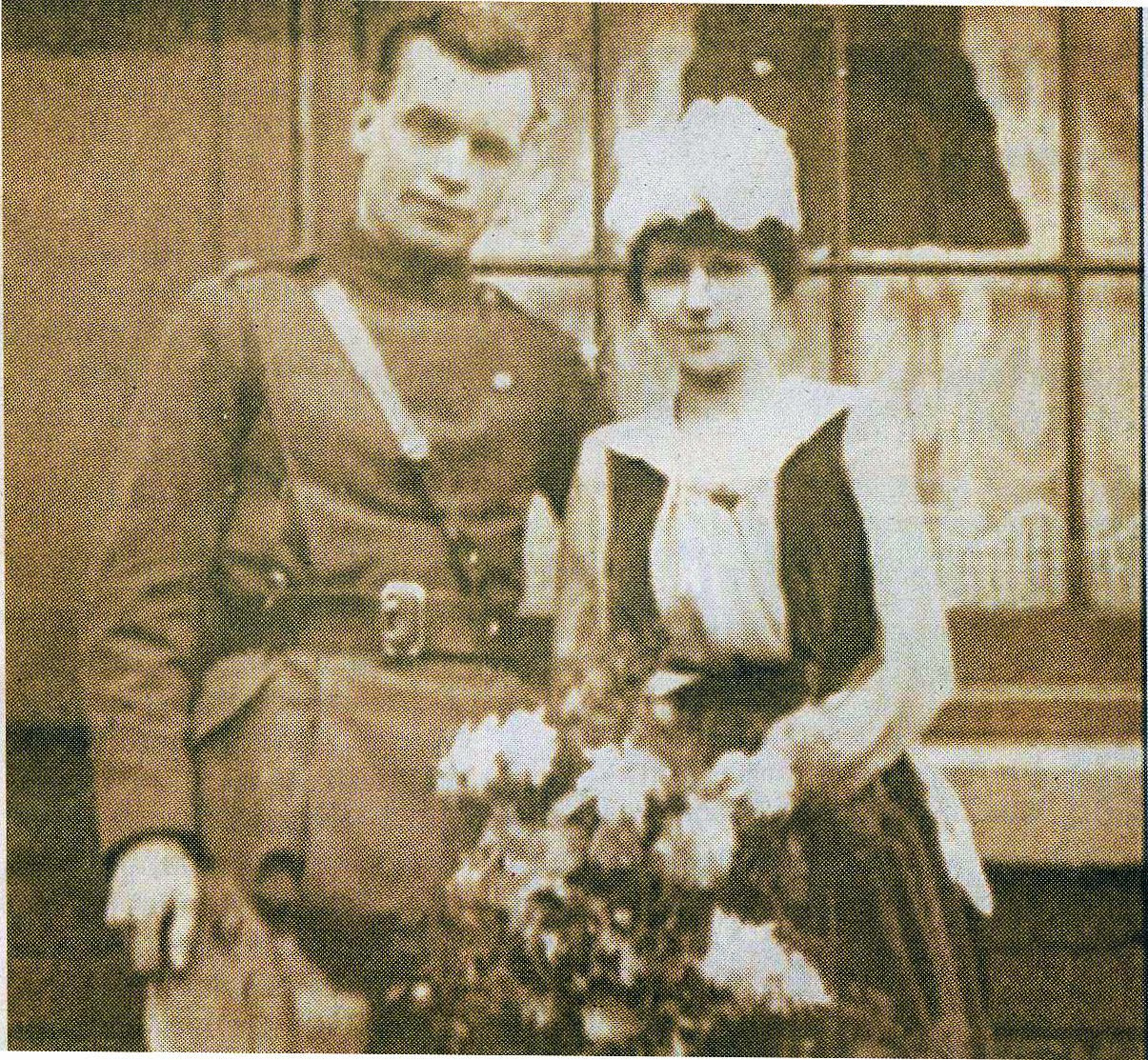 This was taken on his wedding day in late 1917. He married Annie Tanner at St Barnabus Church in the Highfields area of Sheffield. Eight months after this photo was taken Ernest was killed in action whilst flying over Mannheim in Germany
Posted by ceegee at 3:21:00 pm