Walter Holmes - The First Man To Bring Television To Sheffield

I came across this article from the Sheffield Star dated Tuesday 13th September 1988. It reports the death at the age of 74 of Walter Holmes, a pioneer in the introduction of television to Sheffield after the Second World War. Until I read the article I was unaware of Walter's contribution to the city. 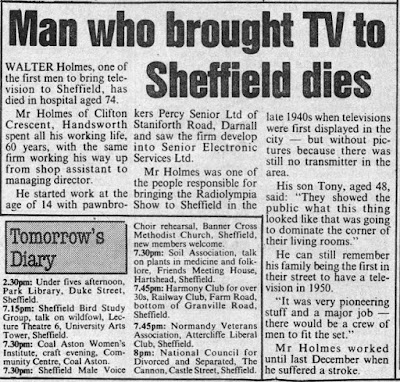 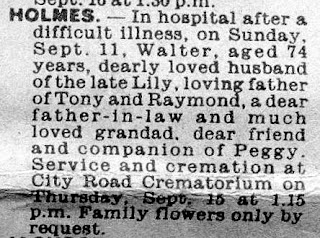