I checked the FreeBMD site and found that FRANK had died in Worksop, Notts. He would have been in hospital there.
Name: Frank Willetts
Death Age: 22 Birth Date: abt 1920
Registration Date: Jun 1942
Registration district: Worksop Inferred County: Nottinghamshire Volume: 7b Page: 48
The Commonwealth War Graves Commission had very little information about FRANK just that he was a private in the Pioneer Corps, his Service Number was 13038410 and that he died on 18/06/1942
But when I placed the name in a search engine I came across this information on the excellent Salford War Memorials Site together with a photo of Frank's last resting place.
PRIVATE FRANK WILLETTS
BIRTH unknown
DEATH 18 Jun 1942
BURIAL Salford Cemetery Salford, Metropolitan Borough of Salford, Greater Manchester, England
PLOT Sec. N. Grave 1364.
MEMORIAL ID 60118914 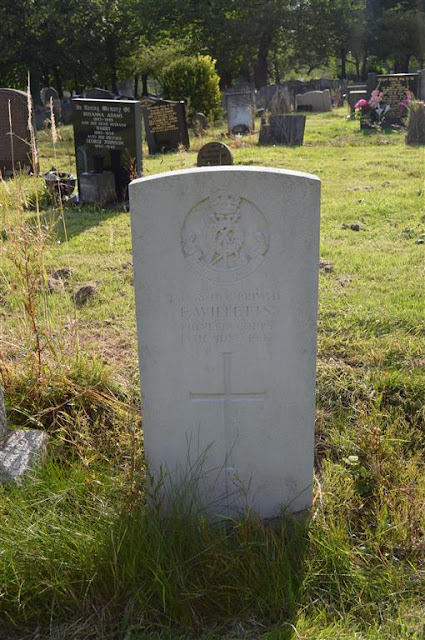 Frank died four months after the tragedy, and so he will not be remembered as one of the 14 who were killed that night. And it makes you wonder how many more died as a result of the injuries they received in the crash.
Posted by ceegee at 10:00:00 am