I have just posted an article to the site about the first person to be cremated in Sheffield in April 1905, one hundred and thirteen years ago

Her name was Eliza Hawley and she was cremated on 24th April 1905 at Sheffield City Road Crematorium. She was only 46 years of age when she died and was residing at 14 Birkendale, Upperthorpe, Sheffield. But for many years she and her husband were the proprietors of an "eating house" on The Wicker in Sheffield

It was no 114 and was a transport cafe in 1965 when this photograph was taken, It was burnt down in the late 1980's and was later demolished, It was an Indian restaurant/takeaway by then 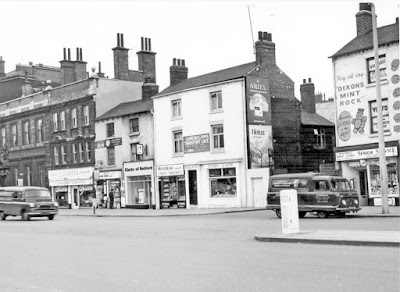 Eliza has the cremation number "1" but what I would be interested to know is why Eliza chose to be cremated at a time when the process was in its infancy, and why was she the first in Sheffield.