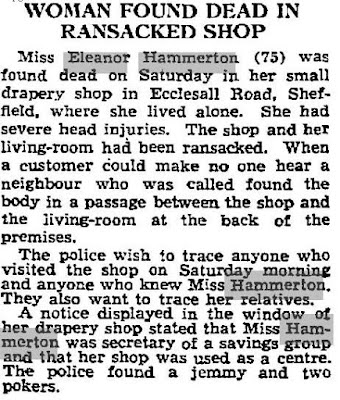 In June 1975 the Sheffield Star stated that this was an unsolved murder, and in his book on Yorkshire Murders, the author Stephen Wade referred to the victim as a "Heather Hamilton." Both assertions proved to be incorrect - the police did "solve the murder" and the victim was not "Heather Hamilton." but a Eleanor Hammerton.