The two photographs below appeared on a well-known internet auction site. It is the first time I have seen the photo and I was totally unaware that Crookes was at the one time playing host to what appears a sizeable brass band. 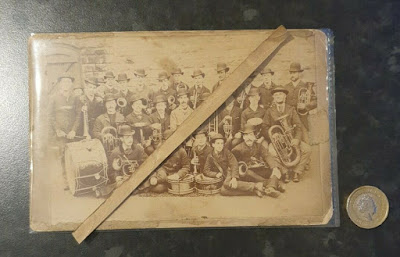 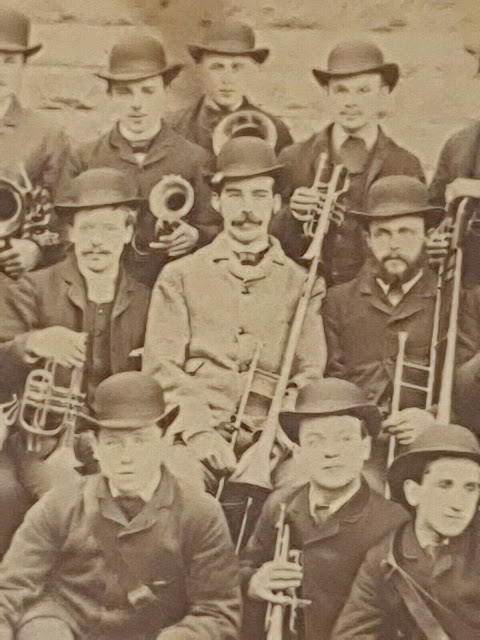 The seller put a spoiler across the photograph and also placed a minimum price of £30.00GBP for the photo which definitely ended any interest I had in bidding for it. The seller placed the card as circa 1890 which is correct

Email ThisBlogThis!Share to TwitterShare to FacebookShare to Pinterest
Labels: Crookes_Brass_ Band- circa_ 1890 Sheffield