In April 2016 I posted a couple of blogs that related to an article on the site entitled "Death at Woodburn Junction" and the tragic accident that befell Richard Undy on 26th January 1884. At the time of his death Richard was living with his young family at 41 Dolphin Street, Darnall.

The street no longer exists but a researcher has kindly sent me three elevated photographs of the street. The photographs are undated but I believe that they were taken circa 1955 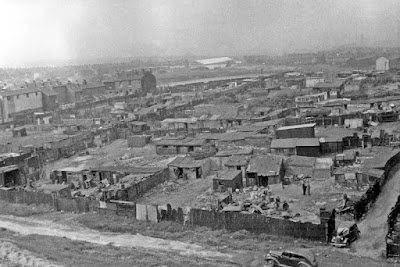 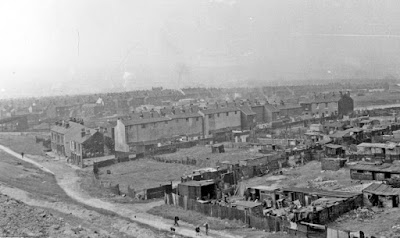