Just over three weeks ago I posted a blog relating to Crookesmoor Methodist Church. It is situated on the corner of Crookes Valley Road and Barber Road. Below are four old postcards of Crookes Valley Park. I was going to post them as part of an article but in the end decided not to.

The final two postcards clearly show Crookesmoor Methodist Church on the hillside overlooking the park. On the horizon in the first card is a construction that appears to be related to the buildings of the University of Sheffield. If that is the case it would date the card as being circa 1900.

There is also a piece of field artillery in the foreground. I am unsure of its purpose in the park and can only speculate that is was there for training and/or fund-raising purposes. (the Boer War was at it zenith in 1900). I think that if it was to be ornamental in purpose it would have been placed on a plinth and put in a more central location. 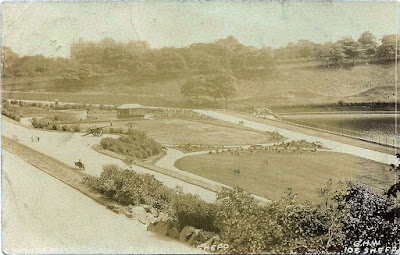 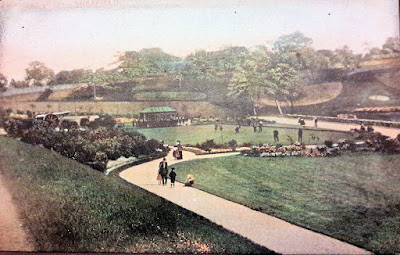 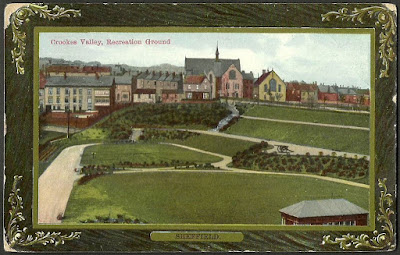 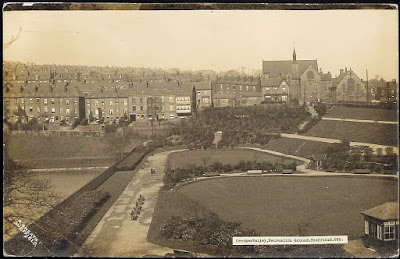