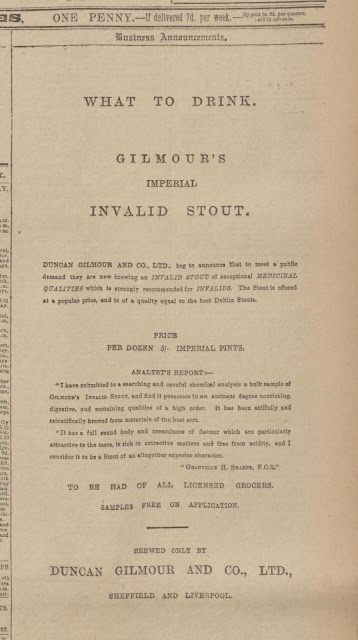 This advertisement promoting the the health giving properties of Gilmour's Imperial Invalid Stout appeared in the Sheffield Daily Telegraph circa 1904.

But unfortunately the brewing of this stout with "exceptional medicinal properties" came to late for the founder of the brewery Duncan Gilmour. He died on 11th January 1889 and is buried in Fulwood Churchyard.

I have not checked on this article on Duncan Gilmour for nine years and I have just found out that the links to the Gilmour Family History are now redundant. I have updated the article.