This cutting is from The Sheffield Telegraph dated Friday 6th October 1989.

It relates to the possible sale of one of Sheffield's most historic buildings (There are not many of them).  But looking at this 30 year old cutting is the reason for the sale. Sheffield City Council had severe budget cuts over a number of years and was now facing a cash crisis. Education was in the firing line for these budget reductions and the sale of this iconic building would bring in much needed funds to the cash strapped council. 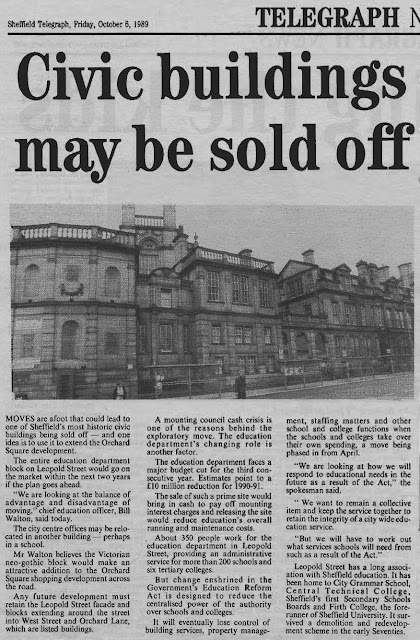 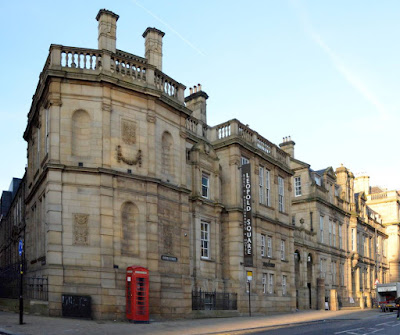 Former School Board Offices. 1880. Leopold Street, Sheffield. The row of buildings originally comprised (a) Central Schools on the left, (b) School Board Offices in the middle, and (c) Frith College on the right. According to Harman and Minnis  the architects unified the separate structures with “single-storey balustraded links” that joined the offices to the college and an arcade — visible in the photograph — that joins the buildings housing the School Board and Central Schools. “The schools end at the corner of Orchard Lane in two blocks, each of three bays, either side of a little bow-fronted link set back between them. The blank wall of the canted block on the corner is relieved by arched niches and delicately carved panels, which include lilies and oak leaves and the emblem of the school board” .

As you can see, the buildings were sold in the early 1990's and the site was redeveloped into a hotel, offices and bars/restaurants.