I have just posted a quite remarkable article to the site concerning an Undertakers Conference that was held in Sheffield on 28th May 1907 and the "restoration" of James Fegan.

It all stems from the blog I posted earlier today relating to the life and tragic death of Edward Guite, a native of Walkley, Sheffield. I used a cutting from the Nottingham Evening Post dated 29th May 1907 which contained a short report on Edward's transfer to Nottingham Forest FC. On the same page in the adjacent column was this report from an Undertakers Conference

This is the report 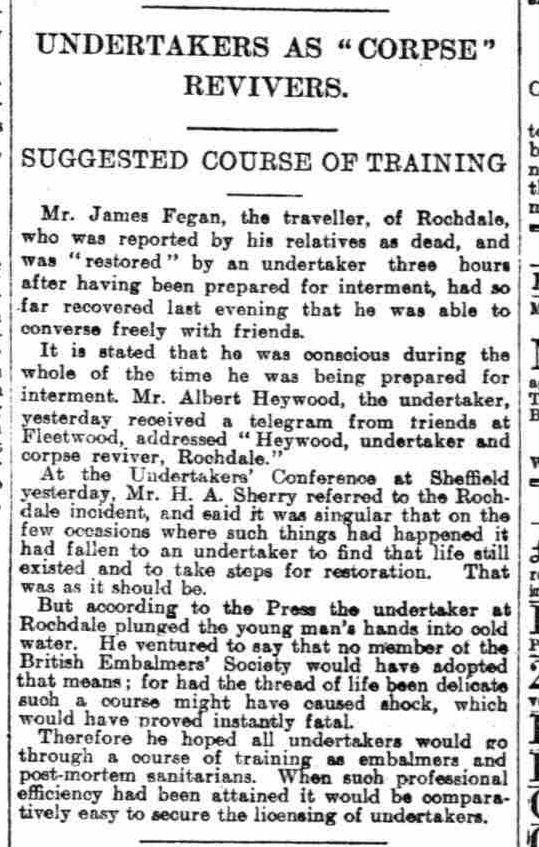 And according to Mr H. A. Sherry who addressed the conference this was not an isolated instance. On a few occasions undertakers have had the task of restoring a corpse that has been certified as being dead by doctors. Unfortunately Mr Sherry does not explain the correct method to restore a corpse"

This has all the hallmarks of a gothic novel!