The Pianist at the Marples Hotel, Sheffield - 12th December 1940 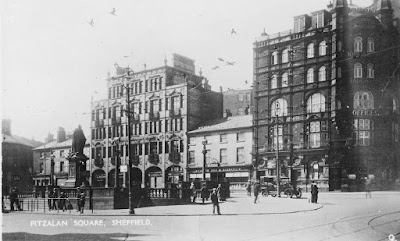 The Hotel is to the left of the photograph

As I stated in the article we can never know for certain how many people died in the explosion that devastated the Hotel. Over the following weeks 64 bodies were recovered from the rubble and the partial remains of six or seven other people were also identified. The force of the explosion and the ensuing collapse of the building meant that only 14 people could be visually identified : the remainder were identified through their personal belongings that had with them when they died. The most accurate estimate is that 77 people were in Marples at the time of the explosion and 70 died as a result of the injuries they received. It was without doubt the worst single incident for loss of life in Sheffield during the whole war.

"My granny was Mary Ransom (born Dec 1909 died 1998) married to Grandpa Albert 1906-1986/7) I understand grandpa was a fire watcher on the roof of the Childrens Hospital, he had a reserved occupation as a Gas-fitter and plumber.

Granny was an accomplished pianist and I am told that she was due to play the piano on the fateful night in question at Marples. She had to swap with another pianist because my uncle Mike, born 1936, was, poorly and needed to take care of him. It seems an incredible story but likely.Sadly I never thought to question Granny further being only 14 years old hen she died.  I remember asking if she kept her ration book as I was doing a Year 6 project on WW2 and was told quite officiously, "Why would I need to keep it?"

I was fascinated to read the article, sad to see the names of the deceased thinking Granny could have been among the numbers and wondering who the pianist was. I must admit I wish I could find more time to research my grandparents during the war, they are long gone and born probably a generation older than most of my peers grandparents...."

Of course I do not have any idea of who took over from Mary on the piano that night, and I feel it will be nigh on possible to find out. Hence this blog in the vain hope that some reader just may point me in the right direction. It would be fitting to know the name of the unknown pianist 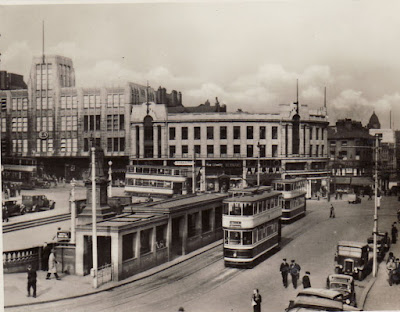