"I am researching my family history, but was wondering if you might be able to help with my research into my Great uncle Edward Guite (1885 - 1918). Edward had a wholesale pork butchers’ business at 175 Walkley Lane, and died as a prisoner of war in Germany in 1918 (his letters to his wife Clara are in the Sheffield Archive).

Edward was a keen sportsman, playing both football and cricket; there are numerous newspaper references to him. Edward played for Walkley, Doncaster Rovers and Nottingham Forest. The attached newspaper features  his signing for Forest in 1907.

Specifically I was wondering if you could help me identify the team in the third picture and the name of the trophy he has between his legs.

Any thought would be appreciated" 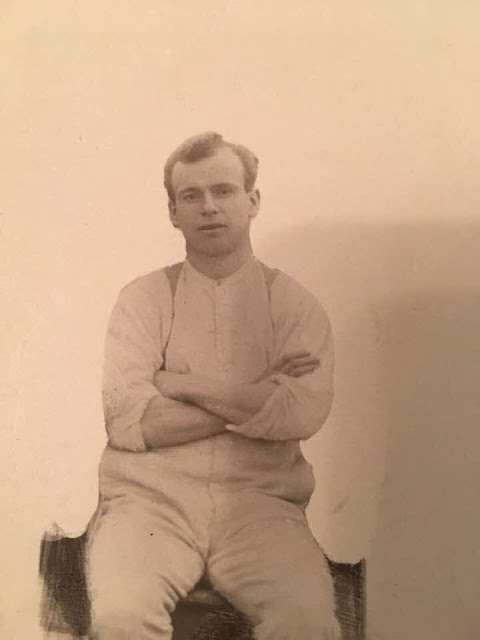 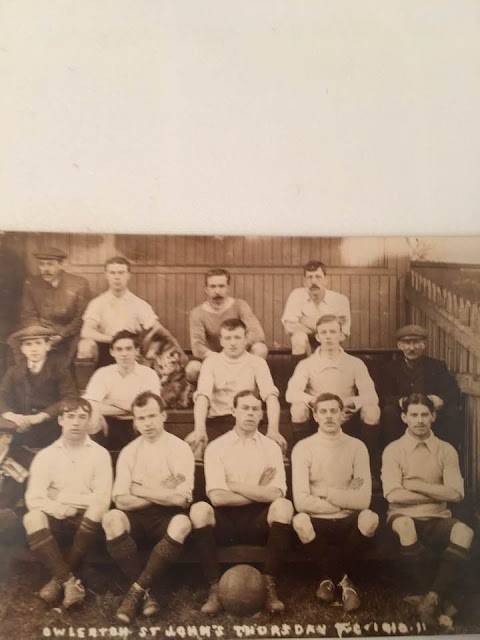 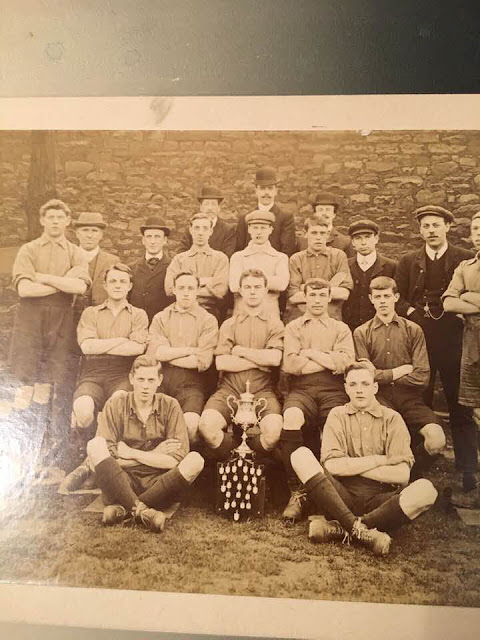 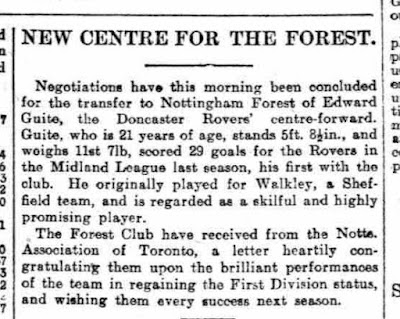 It is the third photograph that the researcher was attempting to identify - the team and the trophy and so if any reader of this post can help please contact me and I will pass on the information.

There is a sad postscript to the story - Like millions of other men, Edward joined up and fought on the Western Front in WW1.

"Edward was taken prisoner on 28 March 1918   near the village of Bucquoy  at Rossignol Wood (see attached). It is likely that this was the same action in which Lieutenant Colonel Oliver Cyril Spencer  Watson D.S.O. of the Yorkshire Regiment attached as commanding officer to Kings Own Yorkshire Light Infantry (KOYLI), was awarded the V.C. for bravery. Edward was uninjured on capture but died of pneumonia in very poor conditions and malnutrition may have been a cause." 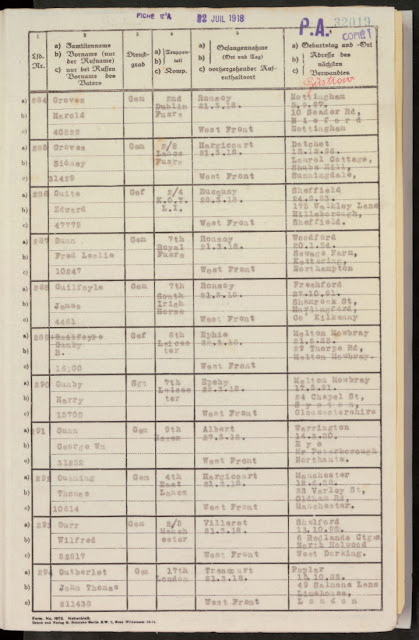 This is the information from the Commonwealth War Graves Commission